It has been a long delay since my last post of recommended books, but here are the next five books on my eventual list of 50 essential books everyone should read.

I also try to select the books from different categories: Self-Improvement/Philosophical; Fiction; Biography/Memoir; Academic/Expository/Analysis; and an Open category for extras

*Daring Greatly: How the Courage to be Vulnerable Transform the Way We Live, Love, Parent, and Lead” by Brené Brown 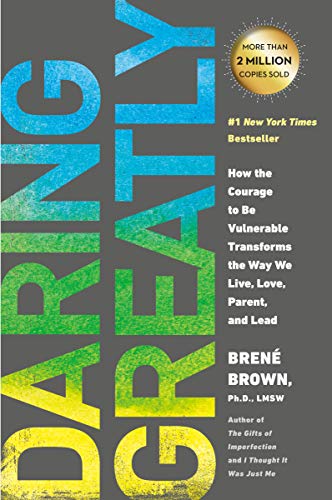 In my first list, I mentioned that if I could only recommend one book to people it would be Man’s Search for Meaning by Viktor Frankl would almost definitely be the one.  However, this book is a close second, and it might actually be number one specifically for teachers and parents.

In fact, with this unprecedented, sudden, and stressful move towards remote and home learning, this might be a good book to read as you deal with some of the challenges that you and your children and students might be facing.

Brené Brown has a TED talk that is one of the most viewed ever.  This talk is a great introduction into what she writes about in Daring Greatly.  The general idea is simply to live life fully by willing to take risks and put yourself on the line.  The title is inspired by Teddy Roosevelt’s famous “Man in the Arena” quote from his Citizenship in a Republic speech.  This should also give you an idea of the theme of the book.

The Art of Racing in the Rain by Garth Stein

The film adaptation came out last summer, and while I haven’t seen it myself, I’ve heard that, unsurprisingly, it doesn’t come close to living up to the source material.

This is one of the few books that I literally could not put down.  I started reading it in bed one night and did not stop until finishing it at around 3 or 4 AM.  It was that good.

The story is told through the eyes of Enzo, the faithful dog to Denny a race-car driver just starting out, through an eventful life.  He discusses human life with a philosopher’s bend, hoping that in his next life, he just might become human himself.

And yes, this book will make you cry (my eyes are tearing up just thinking about it… damnit).

Really this could be any one of the collections.  If you were a child of the 80s/90s, you better agree that this was the greatest comic strip ever, otherwise, we simply can’t be friends.  That may be harsh, but I just don’t think it would be safe to trust you.  You might not even be human; and in fact, you are probably really some Deranged Mutant Killer Monster Snow Goon!

Appropriately named after philosophers, Calvin & Hobbes provide the greatest imaginable philosophical commentary on childhood and life itself. Genius is too simple a word to describe the comic that gave this wonderfully cynical observation:

“Sometimes I think the surest sign that intelligent life exists elsewhere in the universe is that none of it has tried to contact us.”

Spend this time at home rediscovering the magic of Calvin & Hobbes; and introduce the next generation to this classic if it hasn’t happened yet.

Special Note: If you have Amazon Prime: you can download the Essential Calvin and Hobbes Collection for free onto a tablet.

This is one of those books that is truly eye-opening.  If for no other reason than the fact that after you read it, you think about common knowledge and situations in a completely different manner.  If you truly try to internalize the lessons from Freakonomics, or its sequel SuperFreakonomics, or the podcast that the authors started, you find yourself looking much deeper at social and scientific phenomena.

*Out of Africa by Karen Blixen (aka Isak Dinesen) 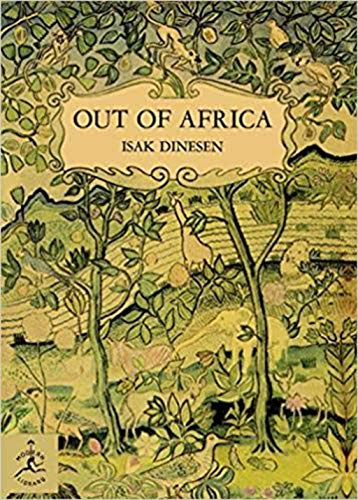 This is a memoir by an upper-class European women about her time running a farm in colonial Kenya in the early part of the 20th century.  It also inspired an Oscar-winning movie of the same name.  Since this book was already on the Amazon list that I’m trying to make my way through, I already was planning on reading it, and I decided there was not better time than while I was in Kenya myself.

Blixen describes the beauty of Kenya far better than I ever could and serves as an inspiration to those that dream about seeing the vast African savanna.  She does a great job (considering the time that she lived in and wrote) of describing two of the local cultures she dealt with near her farm, the Kikuyu and the Masai.

The book reads like a wistful love letter to Africa and the experiences that Blixen had in her two decades there.  This is a book for those who are romantic, not necessarily in terms of relationships, but romantic about life and the world in general.

Perhaps this book will spark your spirit of adventure and wanderlust so you can start thinking about an exotic trip once we can begin travelling again!